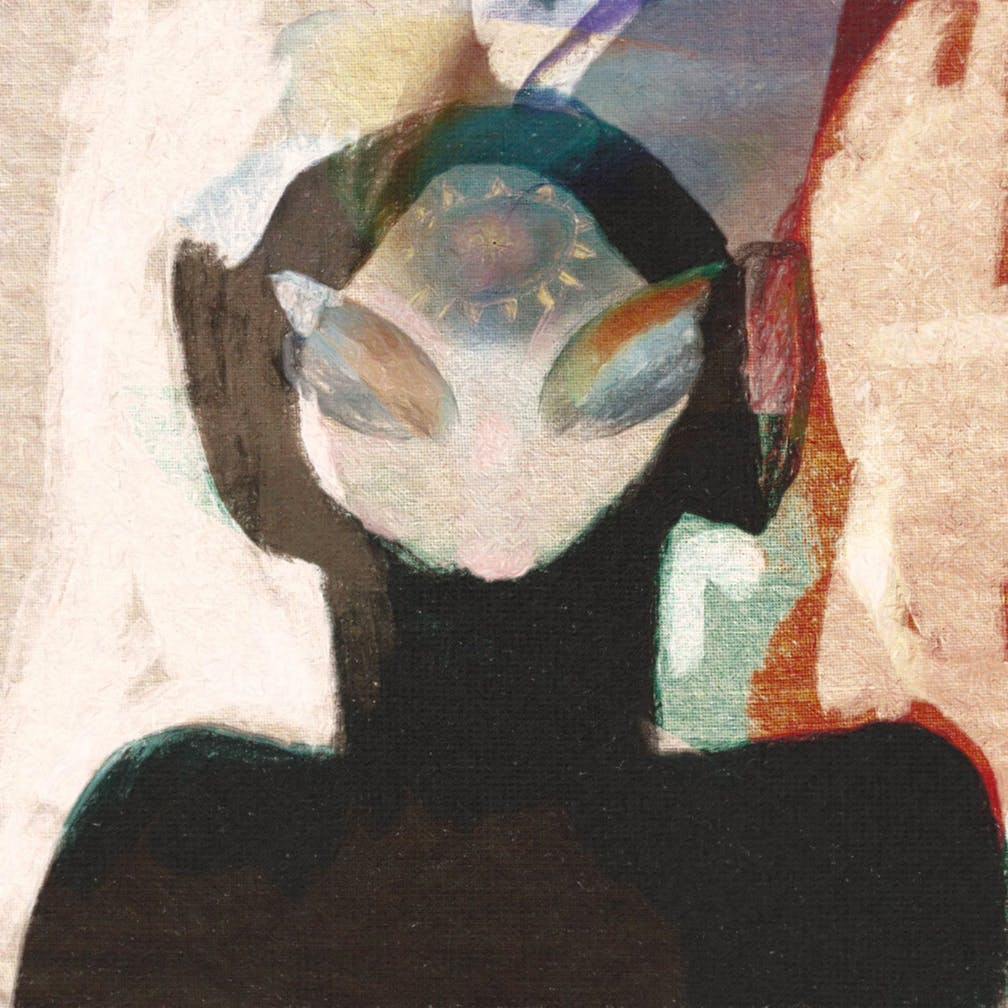 The EP features multiple artists, including Halsey, BEXEY, Lotus Eater, and Yonaka, a variety of names right there. Perhaps the most anticipated song, was the collaboration with Halsey on ‘¿’. It had been teased for a long while now, and it certainly did not disappoint. The track is essentially almost a re-master of “In The Dark” from Bring Me’s 2019 release “amo”, it has a lot more of the drum and bass aspects thrown into this version when compared to the original, and has more of a catchy melody and rhythm too. An interesting take, although, seeing as this collaboration with Halsey was meant to be huge, there is only a small sample of vocals from her on the track.

Another song that is a somewhat re-master, is opening track “Steal Something.”. At ten minutes long (not even the longest on the EP), it contains the backing melody and vocals from “i apologise if you feel something.” (Also on “amo”). It is clear what sound they are going for, very stripped down, with a somewhat smooth and mild tone, which I very much enjoy. “Steal Something” is mostly just a loop of the same short section, but it just works!

“Candy Truck/You Expected: LAB Your Result: Green” begins with a conversation between vocalist Oli Sykes and presumably, his wife, about her dream to do with a candy truck she saw on a street. The track then switches to a low-key drum and bass style beat, with the conversation layered and mixed in with said beat. It’s a great track, especially the mid-section where it is solely the beat, the volume increases and so does the bass. Worth a listen.

“A Devastating Liberation” is an interesting one, quite possibly my favourite. Starting off with a building brass section, to then immediately switch to just a piano, then back again, the contrast really affects you as a listener, and makes you appreciate the track that much more. The orchestral melody is taken from “why you gotta kick me when i’m down?”, which was my favourite song from “amo”, so it’s easy to see why I loved this so much. There are no vocals on this track, leaving the booming brass to play a key role, I certainly appreciate it far more.

“Underground Big {HEADFULOFHYENA}” was certainly the strangest track on the EP, at a staggering 24 minutes long! The mid-section begins with an extremely unsettling melody on a loop for the last. Suddenly, Oli Sykes is talking to YOU, telling you to close your eyes, imagine a candle in front of you, and focus. He then goes on to talk about life in general, like “And it’s so f****n’ unfair that there’s people at the top

And people at the bottom…it feels like we’re at the end of everything”. It’s almost like a therapy session, and with the loop on in the background, it is extremely trance-like, all I’m saying is, don’t listen to this alone at night, it gave me the chills.

“like seeing spiders running riot on your lover’s grave” has this very mellow and depressing overtone, but has this very beautiful undertone, with the strings and flutes, yet again, very contrasting, it works so well. Happyalone’s vocals only adds to the depressing tone, with lyrics such as “it’s hard to know what’s real…now I feel so used”. The final section is where all of a sudden the drum and bass kicks in again, which is becoming a theme throughout this entire EP, then contrasts by going back to Happyalone’s vocals, with rain and strings accompanying him. This, along with “A Devastating Liberation” is one of my favourites.

“Dead Dolphin Sounds ‘aid brain growth in unborn child’ Virtual Therapy / Nature Healing 2 Hours” is another track which is very relaxed, with the dampened bass, it is something you can have on in the background whilst working or studying (or writing this review!). It has this long build-up for a number of minutes, then you get a sort of payoff, with stronger bass, and dolphin noises in the background, you begin to think it’s going to build even further, but this melody sustains itself for the rest of the track. The last few minutes has another recording of Oli talking about dolphins in captivity which is presumably looking during this mini-speech, and it’s quite powerful. It has a certain effect on the listener that might make you think twice about your opinions on animal captivity.

The final track “±ªþ³§”, which features Yonaka, has a higher level of energy than the rest of the EP, yet still features the soft, dampened bass section most of the other songs have. This song sounds like it could have been a part of amo, without any changes, unlike the other songs, it feels like a complete track, rather than a loop of the same section over and over. The entire EP fits together nicely, although, without the Yonaka feature, I think I would have a difficult time distinguishing the songs from each other. It is a shame they cut the song off at the end, I would have liked a full-length ending to that, but it is still very clever.

Overall, this EP is definitely something you would play in the background whilst getting on with other tasks, rather than putting it on your main playlists. They don’t work well individually, they need to be listened to in full. I wasn’t sure what to expect, even the parts I don’t particularly like (the sinister break in Underground Big for example) still work really well as a whole, and you can clearly see the intent and meaning behind WHY it was included. Originally, I thought this EP was a mess of music, with no real structure, but after a few listens, I can see there is an order and purpose behind every note and every word. It is quite simply, genius.