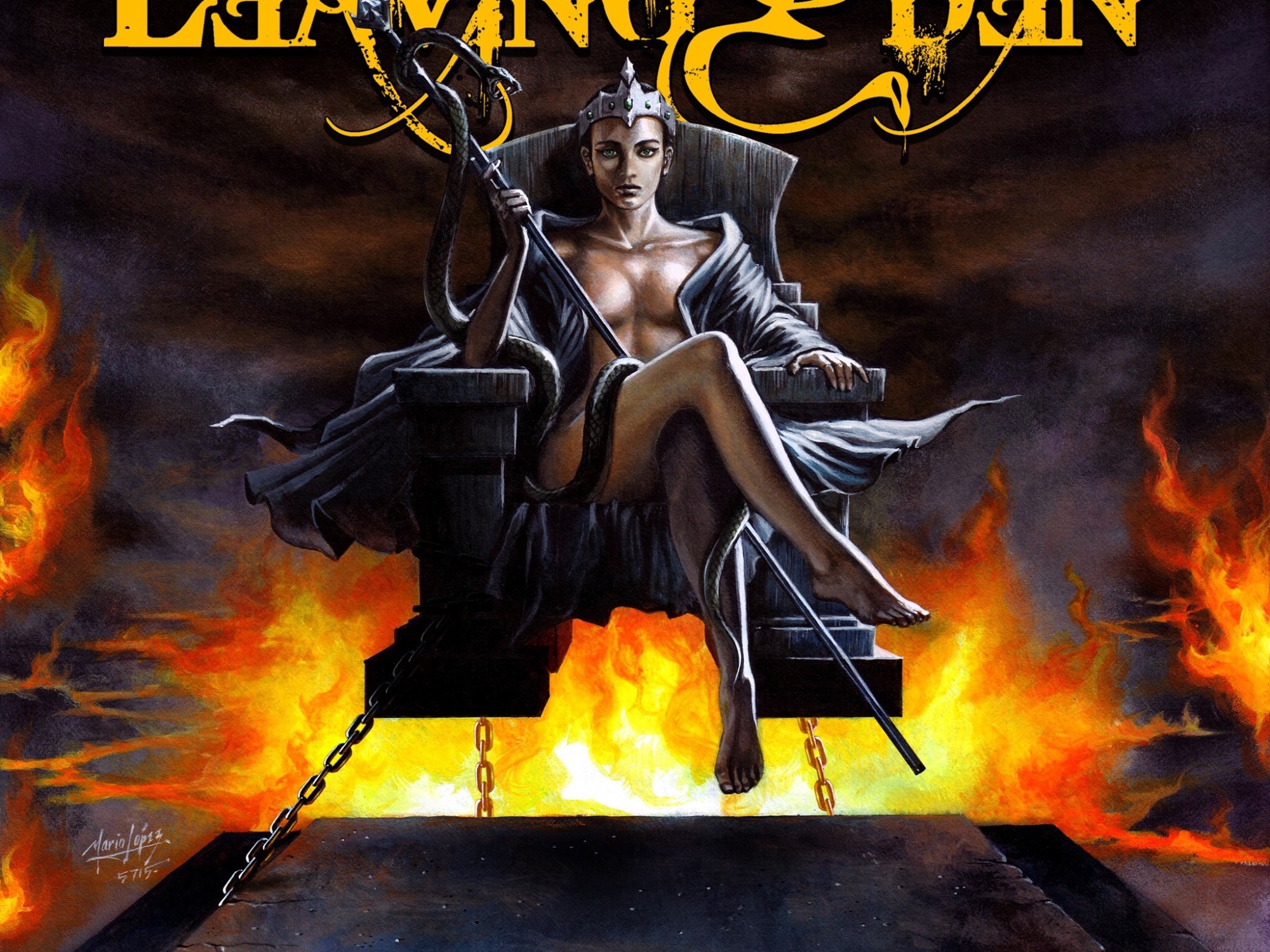 Next up for our band introduction section is LEAVING EDEN!

Where does your band’s name come from?

We were thinking this whole planet is considered the garden of Eden and with all the corruption and deceit Wouldn’t it be nice to just go somewhere else?  Thus, Leaving Eden.

Who are your musical influences and why?

So many old and newer artists from Sabbath, Ritchie Blackmore, Disturbed POP Evil. And then there’s Simon and Garfunkel, Crosby Stills ànd Nash.

How did you meet/become a band, is there an interesting backstory?

Myself, Eve, and Rick were all in a band together for about a year before Leaving Eden started. The rest is history so they say. The line up has changed since then but Jake and Alyssa really add a cool flavor and together we have a lot of fun!

If you had to pick one song to represent your band what would it be?

Well since we are promoting our newest release Leaving Eden album Pinnacle, on this album there’s a song called “Break your fall” about a relationship that’s been going on for thousands of years.

What are your favourite lyrics of all time and why? This could be your own or another bands’

Again from our album Pinnacle our song “We are not alone” actually represents a few different things like aliens, ghosts, and evil. “We are not alone in any shape or form believe in less then your a fool.  You bare no fruit your gardens dead you forgot the golden rule.  Do unto others as you would have them do unto you wicked clown, when your world comes crumbling down”.

What was the first and/or best concert you have been to? Did that experience impact you musically or personally and if so, how?

I would say touring in general in the USA, UK & Canada sharing the stage with hundreds of the biggest national bands in the world including; Lacuna Coil, In This Moment, Black Sabbath (Heaven & Hell), Ronnie James Dio, Nickleback, Skillet & many more.

We will be in and around New England USA. Can check our tour dates here:  https://leavingeden.com/tour

Finally, what sets your band apart from all of the others out there?

Well I firmly believe any original band is quite unique in a way that nobody else in the entire universe is playing their songs but them unless of course you’re so big everyone wants to cover your song. With that said, I feel Leaving Eden encompasses harmony, melody, is Lyric driven, tight, full of energy with a concrete connection to the crowd. I always say Leaving Eden is best seen and heard live in concert.

You can check out Leaving Eden HERE