OR, known by many Rock fans as the highly anticipated three date SOLD OUT run of  IPrevail shows, have went down an absolute treat this month. The shows are to promote the band’s most recent full length release ‘Trauma’ (ICYMI Tony wrote an excellent review after listening days before it was released), and we have coverage exclusively for you from one of the shows.

We had a Crowdsurf representative on site at Manchester to provide coverage of the night, and if you keep scrolling, you will be able to see some photos that were taken, as well as some (probably not many) words from the main editor herself, Em.

Opening up the night was Iselin, New Jersey band ‘Palisades’, and despite only having a 30 minute set, they managed to captivate the crowd and have them singing along; getting ready for the headliners I Prevail to take the stage shortly after. The set was roughly seven or eight songs, and from looking round the room after leaving the photo pit, it was clear Palisades were making a good impression on the crowd in front of them.

The venue being packed out from the start also had a big part to play in terms of building up the atmosphere of the venue during Palisades’ set, and this made an already insane set go up that extra notch. And in terms of musicality, the band absolutely smashed it with their instruments and vocal work, showing that Palisades really are a band you shouldn’t be sleeping on.

If I had to score their set out of ten, I would give it an eight, simply because I think they should have had a longer set, and I stupidly hadn’t listened to their music prior to coming to the show to shoot it. And if there was some kind of message (I guess?) it would be to give Palisades a listen, and don’t do an Emily and go into it not knowing how much of a great band they are.

Before ANY band had graced the stage, I could tell from the atmosphere from the crowd and early walk up that it was going to be a night to remember, and boy, did I get this right.

From the moment I Prevail entered the stage, they had the crowd in the palms of their hands, and it just ensured the set from start to finish went down a treat with everyone present; even if they are not there to watch the show.

The headliners really did prove why they had sold out the run of shows, and despite Brian Burkheiser having a broken foot AND feeling unwell, he didn’t let this affect the quality of his performance. He really did prove that when life throws hurdles, it can’t stop you from doing something that you genuinely love. 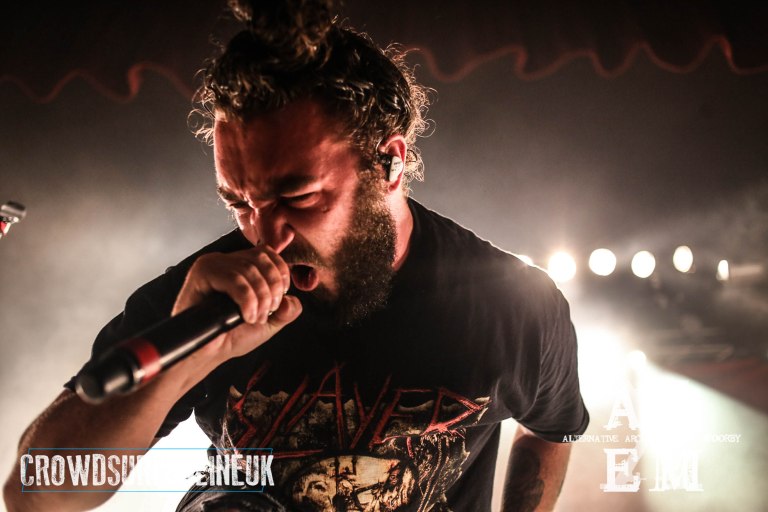 The set from start to finish was filled with heart felt lyrical performances, the very high technicality standard (both instruments and vocal work) and a superb lighting and staging display; all cumulating to produce arguably one of the greatest shows this year.

The setlist was tailored greatly to the promotion of the most recent full length release ‘Trauma’ however they threw in a decent mix of other tracks to cater for ALL of the fans, and it was a valiant effort. 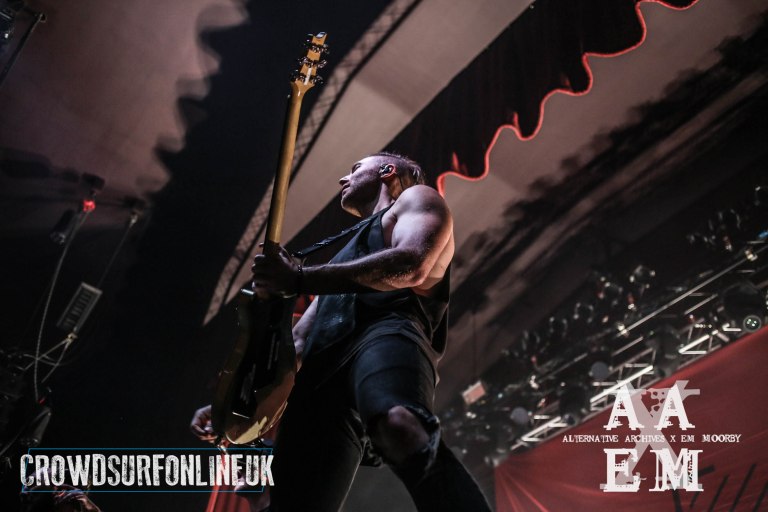 Manchester Ritz and I Prevail really did come through that night, and it’s only taken me six years to realise how great of a venue it is. Better late than never, right?? Considering everything, I have to give the full rating of 10/10 for I Prevail’s set, and I already can’t wait for the lads to be playing again in the UK. Shoutout to Palisades also, because their short but sweet set really did contribute to the overall superbness of the night.

Let us know in the comments if you were lucky enough to get tickets for one of the three sold out shows, and let us know how your night panned out!