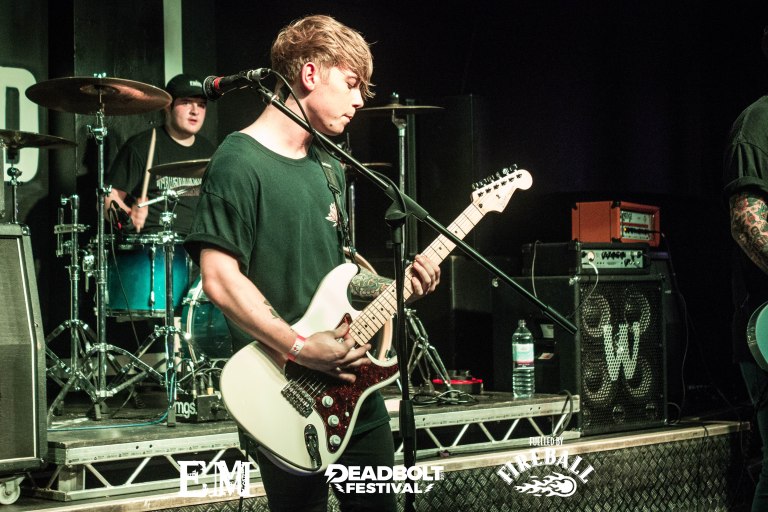 Newcastle/UK based Pop Punk band Better Days recently put out a small collection of tracks to form the ‘Everything So Far: A Collection’ and you can listen to it here:

One of our writers Dylan Clarke gave it a listen, and this is what he had to say about it:

The Newcastle pop punk outfit provide us with a collection of headbangers that, despite the band’s relative infancy, provide a masterclass in structure and an assortment of antithetic choruses.

Better Days are a band who are on the verge of swinging into real prominence in the UK pop punk scene; tour slots with bands such as Less than Jake and WSTR have provided them with an outlet to get a foothold within the community. Everything So Far: A Collection is a summary of all their current works – and has no doubt acted as a deserved rung on their climb.

It is of course integral to express that their discography is definitively pop punk. Melodic instrumentals meet angsty vocals to create that mix we all know and love. However, several aspects of their work break the mould, a nice breath of fresh air in the step away from a wholly generic sound. Vocalist Graeme Costello plays a massive part in making them so unique and identifiable.

The collection’s opener, a live demo of Self Reflection/Lucky, is actually reminiscent of early Trash Boat in many senses; the high tempo drums and heavy hitting guitars leave your head banging before you know it. However, something about the vocal delivery is different – it feels much more dramatic and powerful. In fact, the power held in these vocals is a large part of what makes this release so enjoyable, particularly in This House. We are met with eclectic cries of angst that really resonate due to the pain and anger that shines through, easily creating a sense of catharsis coming from the band and being felt by the listener. Costello really impresses me in his vocal delivery, as every song feels so unique and heartfelt, with the gale force winds that are his shouts consistently blowing away anyone who gives it a listen. The positives of this release do not just lie in the stunning vocal performance, though.

The band definitely know how to structure songs in a way that makes you want to move around in a sweaty room, stinking of beer and grazing your vocal cords. Any song eventually transforms into an anthem, albeit with some taking longer than others. Headway is a prime example of this. Admittedly, whilst listening through the songs I had originally noted that this one was pretty forgettable; another pop punk acoustic that gets lost in a split EP. Then I got to the latter stages of the song. Before I knew it, though, I was at the bridge and starting to feel some emotion in the song. It builds up perfectly, before breaking in to a strong final chorus in which I found I had already picked up a large amount of the words. The image of a whole room of people singing these words back was instantly picked up, and I felt a real connection to the track. This track wasn’t even something I felt was overtly special, but demonstrated how even their lesser works still manage to become something memorable and entertaining.

Their structural intelligence not only makes for catchy choruses. Worthless is undoubtedly their best work and is incredibly clever in the way the song changes, keeping their music refreshing and stopping them from being drawn to a typical small band sound. The song essentially feels like three different songs all mixed together to create a compelling effect. This means that we experience an aggressive opening, a banger of a chorus and groovy verses all in one song. It should feel laboured, but it doesn’t. This also means that, as we flick between the different tempos of the song, each one builds up and is then temporarily put to one side. As a result, they all collide by the end so that we feel an overwhelming effect by the time we are fully immersed.

Overall then, Better Days’ are incredibly intriguing and a force to be reckoned with moving forward. For a relatively new band, they show a lot of maturity in their song writing and definitely have what it takes to remain fresh and grab the attention of any new listeners. Their work isn’t flawless and still has a long way to go in many aspects; but their songwriting intelligence creates a massive level of promise for a band who are working their way up the ladder.